Gracie Humaitá is one of the most traditional Brazilian Jiu-Jitsu gyms in the world and it has its origins linked with the founder of the sport, Grand Master Helio Gracie. The first Brazilian Jiu-Jitsu academy was opened in 1925 in Rio de Janeiro, Brazil, at Marques de Abrantes Street 106. From there it went to Av. Rio Branco 151 where it became famous, passed by Clube Vasco da Gama in Lagoa, and in 1982 moved to Colégio Padre Antonio Vieira at Humaitá Street 52, where it is today. This explains the name Gracie HUMAITÁ, related to the suburb where the gym was located.

Since inaugurated, Gracie Humaitá under the supervision of Grand Master Helio Gracie, who has taught his children, nephews and many students, including some Presidents of the Republic and very important people in Brazil.

In its first days, the gym had the legendary Rickson Gracie as its main coach followed by Royler Gracie leading up as one of the biggest featherweight champions in history with 4 gold medals in the World Championship, 3 ADCCs and 2 Pan Americans.

The Gracie Humaitá team grew up split in between a more traditional view of the martial art (coming from Grand Master Hélio Gracie) with a focus on self-defense and also an oriented training focused in sport Jiu-Jitsu suggested by Royler. Royler is a famous Gracie family member with outstanding performance around the World. The Gracie Humaita Team quickly paid off with 5 Gold Medals in the 10 Black Belts Weight Division in the First Jiu-Jitsu World Championship, in 1996.

With Royler thriving as coach and competitor, it didn’t take long for the Humaitá team to open other branches and bring up other legends of the sport. In the early 2000s, many big names of the team migrated to the US until finally Master Royler follow that up and moved to San Diego in 2010, leaving the command of the gym in Rio to his brother Rolker.

Coming to Sydney in 2000, Bruno Panno who got his Black Belt from Royler and Rolker Gracie, is one of the very few students who have worked direct at the traditional Gracie Academy in Brazil was one of the pioneers of the sport in the country. Nowadays the team counts with +10 affiliates across Australia being the HQ in Alexandria, Sydney. With +600m2 of space, three large training areas and a wide timetable that offers all sorts of programs from toddlers to adults, beginners to advanced. The gym provides high-standard service and it’s open for anyone that wants to join the most traditional Gracie Jiu-Jitsu team in Australia, having or no previous experience!

Our mission is to transmit the knowledge of gentle art to practitioners in a way that provides them with a better quality of life, transforming their body and mind, so that the student can enjoy a healthier life, physically and mentally. WE ARE GRACIE HUMAITA SYDNEY!

Book a FREE TRIAL and come to give us a visit! 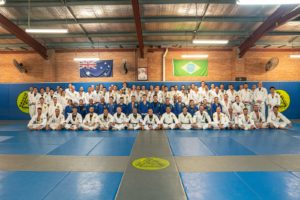 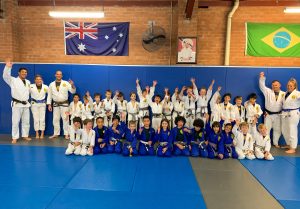